Singh Sabha manager Zufran Asghar has labelled the Showcase Match against Old Windsor this Friday as a ‘must win’ game if his side are to retain the Premier Division title this season.

The Showcase Match is billed as the middle leg in a trilogy between the two Clubs, with The Os successful in the first game when lifting the Slough Town Cup for the very first time.

A bumper crowd is expected at Stag Meadow in Windsor (7.30pm KO) as the old foes collide once more, with the prize this time three valuable points in the race for the championship.

Sabha are currently three points behind current leaders Britwell, but with a game in hand, and can return to the top on goals difference with a victory.

Asghar expects his team to be boosted by the return of some players that were unavailable for the Slough Town Cup final defeat, and knows his side must start the match better this time around.

He said: “We’ve got another big game upcoming this Friday, a tough league match for us but, we’re looking forward to the challenge and hoping to get a win to keep on pushing for the title.

“The atmosphere around the club after the final was one of disappointment, especially with how we lost the game.

“We didn’t play at our best but, overall with the way we lost the game, especially after we controlled the second half and did really well to get back into it. But, in the end, Old Windsor got the win and we were very disappointed.

“We were very disappointed with the performance in the final and so we’re hoping to put in a much better one, especially start the first half better. We started very slowly in the final which gave Old Windsor the upper hand, despite us taking the lead, we weren’t really in control in the first half.

“I would expect us to be much more in control from the first whistle this time around and, so long as we can deal with their aerial threat, I’m confident that we can win this game.”

Asghar continued: “After a disappointing game, you want another big match and, in our most recent game, we won in the semi finals of the Ascot & Fielden Cup (4-2 versus Frontline).

“The way we won the match has really boosted the confidence of the players and got them over the disappointment of the Slough Town Cup final. I’m hoping the win last Friday will reap confidence within the boys and that they’ll be on it in the Showcase Match.

“The three points are very important if you want to win this league. If we want to retain our title then we must win this game, it’s as simple as that.”

Ashgar went on to explain there will be some rotation in the Singh Sabha squad with the third and final leg of the trilogy, the League Cup final, fast approaching on Bank Holiday Monday (2pm, Burnham FC).

He said: “We’ve got the Showcase Match on Friday and then the League Cup final on Monday, so we’ll rotate the team and try to have the best players available for the match.

“The most important thing is to win and lay down a marker going into the Cup final.

“Would we do anything different this time around compared to the Slough Town Cup final? There will be some changes in personnel.

“We were dealt a couple of blows for the final with players missing through being abroad, so they’ll come back into the squad, and we can add a few more players that weren’t eligible for the cup.

“We will have a strong squad on Friday and try to rotate as well with the League Cup final coming up a few days after. We’re trying to keep everyone fresh. We’ve got some sore legs from the semi final last week, so we will try to manage our squad accordingly.

“We will go out there with the best team possible and one that can pick up a result against Old Windsor but, it’s going to be a tough game because they’re a good side and pushing for the title as well.

“There’s still a long way to go for the title but these games are quite important in the long run.”

Berkshire Football Awards 2022: Who has been nominated?

Ethan Bristow: 'We've shown the senior side what we can do with cup win' 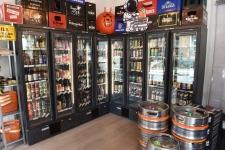 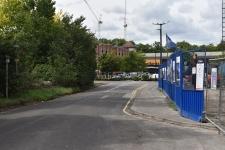 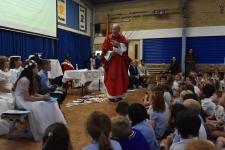 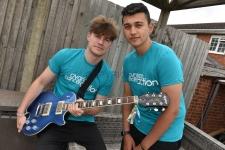