“Cut down the Cherry Orchard? You have to be joking, it’s the only thing worth seeing in the entire county”

Hot on the heels of a box-office record-breaking run of Hamlet comes Chekhov’s The Cherry Orchard, featuring much of the same cast.

This comic-tragedy uses the cherry orchard as a metaphor for the social changes sweeping through early 20th-century Russia, which is on the brink of revolution, where aristocrats were losing power, serfs were experiencing freedom, and a burgeoning middle class emerged

The central characters of the play represent of the upper, middle and lower classes, all struggling to negotiate their new relationships. Central to this is matriarch Madame Ranyevskaya (brilliantly played by a stately Francesca Annis), who, while overjoyed at being back at her large country house, is crippled with loss – for her drowned son, her lover and her wealth. Now she faces losing her beloved cherry orchard as the family’s only hope of paying off their debt is by selling the land and cutting down the orchard to build holiday cottages. 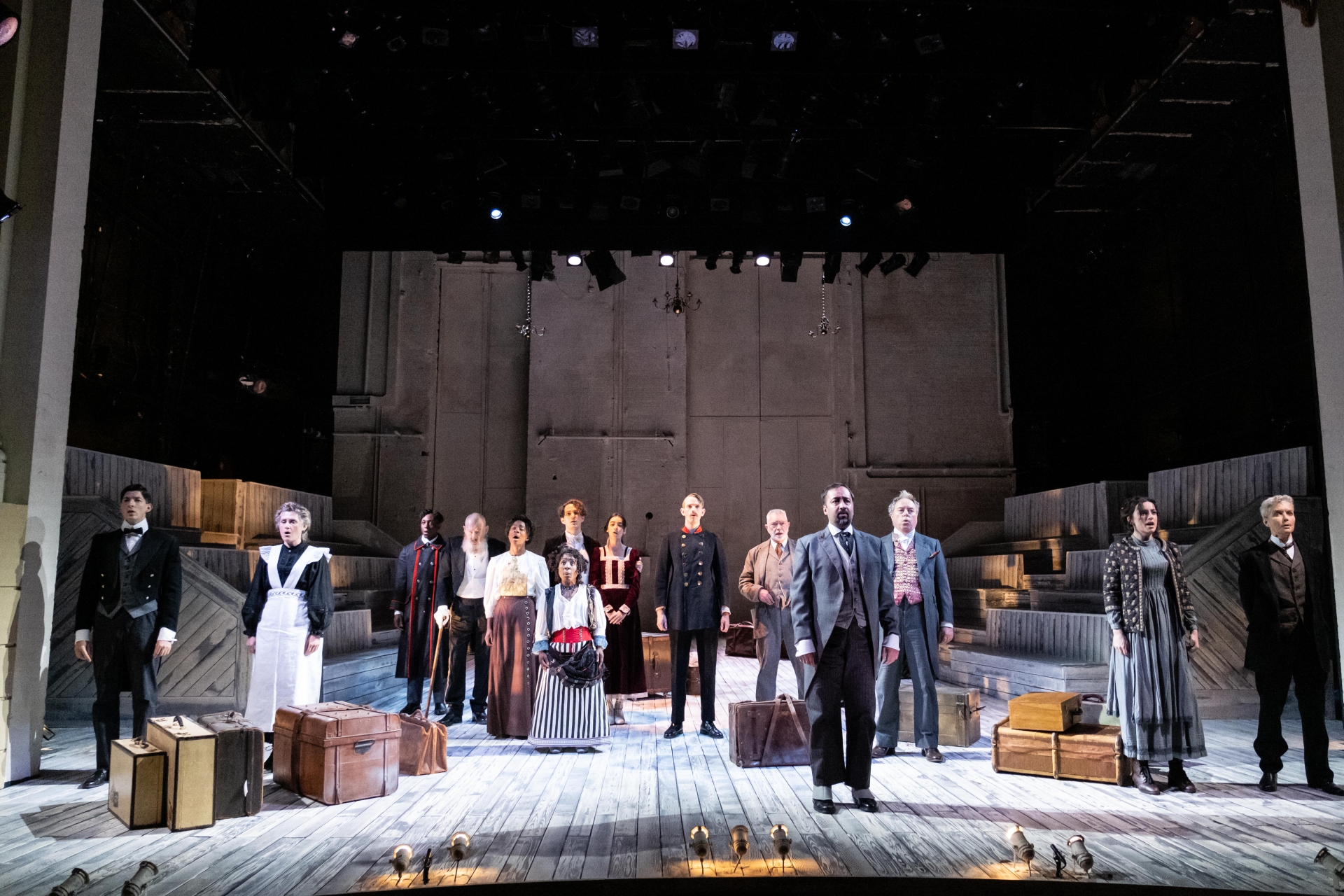 Pushing this sale is Lopakhin, a businessman descended from serfs, played with a pleasing northern swagger by Martin Shaw. He aims to help Ranyevskaya even as his kind supplants hers in 1903 Russia.

Impervious to her lost status and wealth however, Ranyevskaya will not consider the sale, preferring to spend what little money she has on extravagances she cannot afford, much to the consternation of her daughters – the exasperated Varya (Kezrena James) and girlishly optimistic Anya (Missy Malek).

Bringing light relief is fellow aristo-on-hard-times Pishchik (Robert Daws), always up for a drink and laugh as he desperately prays on other’s generosity to give him a loan.

Jenny Seagrove plays Gaev, the ineffectual uncle who’s only use seems to be to annoy his nieces.

And then there’s Ian McKellan.

In Hamlet, at 82, he became the oldest Hamlet on record. In this production he gains several decades as he goes from young prince to senile manservant.

As Firs, he shakes, stumbles and mumbles his way across the stage, looking after his aristocratic employers despite being very frail. After Hamlet this is a much smaller part, but, being McKellan, he still manages to steal the show, his every move detracting attention away from the main action.

In Hamlet having his name on the bill was enough to shift tickets. Will The Cherry Orchard have quite the same appeal?

REVIEW: Peter Rabbit's Garden Adventure is fantastic, immersive fun for children and the young at heart

REVIEW: Curtain Up at Pinewood Theatre

REVIEW: Blood Brothers 'not one to miss' at Wycombe Swan

Remember When: Celebrations as Altwood School was saved from closure

Yarn bombing to brighten up Maidenhead ahead of town show

Free swimming sessions for teens to help keep them safe

Nicki Cochrane is a teacher at Furze Platt who has just returned from the Commonwealth Games. She represented Scotland at the Games, where she played goalkeeper for the women’s national hockey team.

Boy, 16, dies after getting into trouble in water at Bray Lake

Thames Valley Police has confirmed a 16-year-old boy has died after getting into difficulty in the water at Bray Lake.

An 11-year-old girl has died following an incident at Liquid Leisure Windsor on Saturday afternoon.

Liquid Leisure Windsor has issued a statement following the death of an 11-year-old girl at the water park on Saturday afternoon.

Person hit by train between Slough and Reading

Update: M25 re-opens after closure between Heathrow and M4 exit